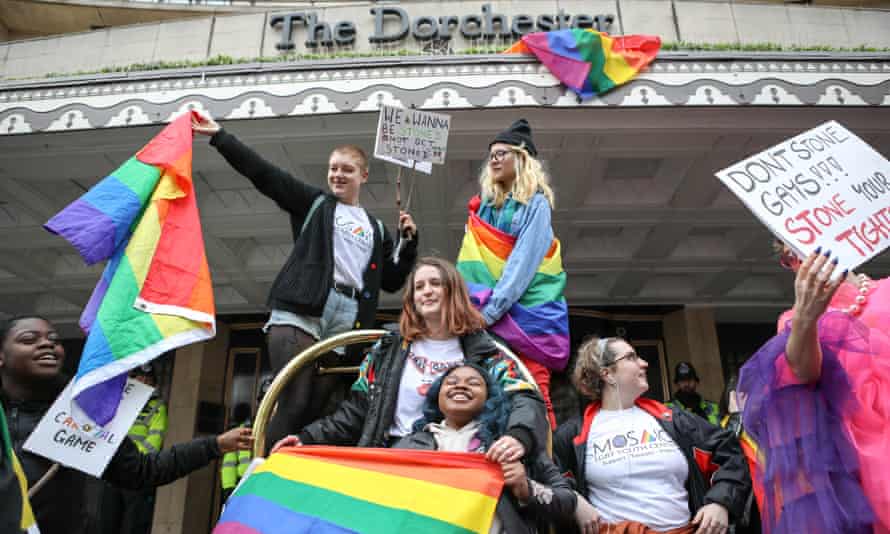 “Gays” is a common term that most everyone has heard, if not used. Gays is a shortened version of the older word for gays, “gay.” The word originally meant “bald headed”, “queer”, or” cheerful”. Now it is more commonly used as a term describing a sexual orientation.

Unlike most other forms of discrimination, gays face intense hostility in the workplace. Some studies have shown that discrimination against gays at work is worse than anti-Semitism or racism. Gay men are three times more likely to be harassed in a workplace than women. Most of the workplace harassment aimed at gays comes from co-workers and supervisors, although some instances come from customers and business owners.

The first major area in which gay and lesbian people suffer discrimination is in the realm of civil rights. The most significant civil rights organizations in the United States guarantee the right to be treated equally in employment and in public accommodations by every person. Bisexuality and sexual orientation are now recognized as sexual orientations. There is no difference between lesbians and bisexuals in this respect. However, same-sex sexual attraction is still a form of discrimination in the workplace and in society in general.

Some words have specific connotations for gay people. Terms like fag, homo and gay are used to demean and devalue homosexual people. Words like sick, rotten, fag, homo, stupid, homosexual, scum and so on are used to describe gays. These words originated with the Old Charges of sodomy brought against gays in the Victorian era. These derogatory terms have no place in modern society.

The United States Department of Labor, along with the American Medical Association and the American Psychological Association, recently filed a brief to the United States Federal District Court challenging the legality of the fired hate-speech comments in a New Mexico restaurant. The brief filed by the Gay and Lesbian Community against Grigio and KitchenAid (the manufacturers of the food preparation equipment) claimed that the company discriminated against their sexual orientation when they refused to provide jobs to gays and lesbians. According to the Gay and Lesbian Community (Gays and Lesbians of America or LGCA) the situation is proof that KitchenAid and other employers violate the Americans With Disabilities Act (AWDA) in hiring people based on their sexual orientation. The argument was that the two companies violated the law’s Title VII which protects people from being fired due to their sexual orientation. An earlier complaint had also been filed against Grigio by the Alliance Defending Freedom, an organization that aims to protect Christians from what it perceives to be an increasing attack on their civil rights.

In response to the recent furor over the New Mexico restaurant situation, President Bush met with the nation’s chief executive officers and told them that he did not find the anti-gay remarks to be discriminatory. In a meeting with the National Federation of Businesses, Bush explained that he had a different view of the word gay, opting for the word heterosexual rather than the word gay when talking about the nation’s largest growing sector, which happens to be comprised of folks who fall under the lesbian, gay, bisexual and transgendered (osexual, gay, and transgendered) categories. He told the group that the “word gay” was an outdated and insulting term and that there was no need to use the word any longer due to the fact that the country accepts the gay community as equals. When pressed on the question of whether he thought the government should protect the right of businesses to decline employment requests based on sexual orientation, Bush responded, “I believe that both the government and its citizens have a right to feel whatever they want whenever they choose to do so, just as long as they don’t violate the equal protection and dignity of others.”

While same-sex attractions may seem like a touchy issue for many, it is actually a simple matter of interpretation. The word gay, like the word heterosexual, derives from an Old French term meaning ‘being inclined to play the fiddle.’ The people of France were known for their love of all things round, including music, art, literature, dance, cuisine and most recently, music – and it seems from where many gays take their view of things, the term homosexuality may have been created out of that love of the French. To be precise, in the 18th century, homosexuality was considered an illness, and those who suffered from it were looked down upon and treated with great disrespect by society.

With this in mind, it seems reasonable to assume that the phrase gay rights could also have come from a desire to include all sexual orientations in civil rights projects. Considering the recent wave of attention being paid to the struggles of gay men seeking to meet partners outside of their gender, it would only make sense to include the aclu in these projects to ensure that everyone has their basic human rights. It also would be nice to be able to use the restroom in public without worrying about whether you will be harassed or discriminated against. All these issues and more are discussed in depth in Gay Gays for Obama, a website that provides the first hand account of how the newly formed Obama administration is helping gay men live their lives.